Michael Waidner is director of the Fraunhofer Institute for Secure Informationtechnology (Fraunhofer SIT) and director of the National Research Center for Applied Cybersecurity ATHENE. He is professor of information security at the Department of Computer Science at Darmstadt University of Technology. Michael Waidner also holds a visiting professorship at the Hebrew University of Jerusalem. Since 2017 he is also the Chief Digital Officer (CDO) of the City of Darmstadt.

He was previously IBM Chief Technology Officer for Security and Chairman of the IBM Security Architecture Board in New York. From 1994 to 2006, he led research in IT security and privacy at IBM Research - Zurich and was one of the initiators of the Zurich Information Security Center at ETH Zurich.

Michael Waidner received his diploma in 1986 and his doctorate in computer science in 1991, both from from the University of Karlsruhe. He is a Fellow of the IEEE and an ACM Distinguished Scientist. Waidner has been a member of the German Academy of Science and Engineering (acatech) since 2021.

Michael Waidner authored more than 130 scientific publications and is inventor of more than 20 patents. He is an IEEE Fellow and an ACM Distinguished Scientist.

Putting your data into action just got easier with Software AG’s acquisition of StreamSets. 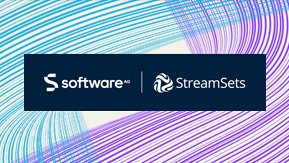